What is the difference between Bitcoin and BTC? (the short answer)

BTC started on the same blockchain as Bitcoin Cash but crippled the way it operates in order to force users into convoluted, patented "solutions" (like lightning) to transact. BTC intentionally can't scale (hence the "solutions" to "solve" this) and transactions costing upwards of $10.- USD (even for small amounts) aren't uncommon when the network is congested.

Blockstream and their investors use significant resources to manipulateplanned operations to convey selected information to targeted groups and individuals in order to influence their emotions, motives, objective reasoning and to modify behavior while dissuading them from critical thinking or accepting factual information from the opposing side. the narrative and actively censor all of the primary Bitcoin communities such as r/Bitcoin. r/CryptoCurrency, r/BitcoinMarkets, mailing lists, Bitcoin Talk, wikis, etc. regarding all topics that have to do with these facts. (try it!)

The banking establishment has good reason to keep the population distracted with their artificially pumped, useless (for you and me) and harmless (to them) BTC.
A truly decentralized currency like Bitcoin will be their death.

BTC has been a scamcoin in the hands of banks for a long time now.

Since 2017 the Bitcoin name and BTC ticker are owned and controlled by a for-profit company, funded by Banks and "financing" groups with the intent to cripple it and make it harmless. (they succeeded)

It's much easier for them to pretend BTC is Bitcoin, keep it afloat (please look into Tether) and censoring the truth than compete with the real thing.

This is how they do it:
On October 23, 2014, Blockstream goes public and announces funding and the formation of their company.

In the Summer of 2015, all of the primary Bitcoin communities such as r/Bitcoin, mailing lists, Bitcoin Talk, wikis, etc., began massive censorship campaigns against any and all topics that had to do with scaling Bitcoin beyond the 1MB limit which, by the way, was temporarily added by Satoshi Nakamoto back in 2010 as a stop-gap measure to prevent spam in the early days.

This gave them the opportunity to manufacture consent and with the help of bots and astroturfing the Core development team (the only ones having access to the BTC repository) pushed their narrative and crippled Bitcoin.

BTC is officially an altcoin; a crude "SegWit" softfork was concocted to poison the Blockchain and change the coin itself to no longer be a “chain of digital signatures,” as per Fig. 1 of the Bitcoin white paper. Making it an unusable (for the public) and harmless (for the banking establishment) altcoin.

In short: The Bitcoin name and repository were hijacked by a for-profit organisation so they could make a buck on their own patented and convoluted "solutions" while rendering it harmless to protect the current financial status quo.
Astroturfing and a tight control over social media to make the public believe BTC is Bitcoin has been proven effective to this day.

Bitcoin just kept on developing Bitcoin.
Luckily, Bitcoin as described in the whitepaper by it's inventor Satoshi Nakamoto continues to exist under the name Bitcoin Cash.

BCH uses Satoshi's codebase from before BTC forked off with SegWit. It also uses the superior scaling solution as described by Satoshi and keeps all transactions Peer-to-Peer on the blockchain. Bitcoin Cash has no single development team or repository that can be hijacked.

Bitcoin has progressed so much in comparison to the old Bitcoin Core (BTC); with speed and features that will never be possible on BTC, it's now more than capable as a truly decentralised cash system to start replacing the existing monetary sham.

Bitcoin Cash is dirt cheap to use (forever) and buy (for now; until people begin to realise they are using obsolete software).

This is why they do it:
The banking establishment is beyond sneaky and sophisticated. They have a million and one tricks to rob you of your money. There are technical tricks, and psychological tricks, and everything in between inside and outside the box.

They will lobby governments to ban or obfuscate the peer-to-peer functionality of Bitcoin, create false flag attacks, anything to maintain power.

And they do this because if they weren't that ruthless then someone else would be in charge of the world's money supply.

So don't doubt for a second that they are trying to use all their tricks on Bitcoin.
A decentralized currency will be their death. 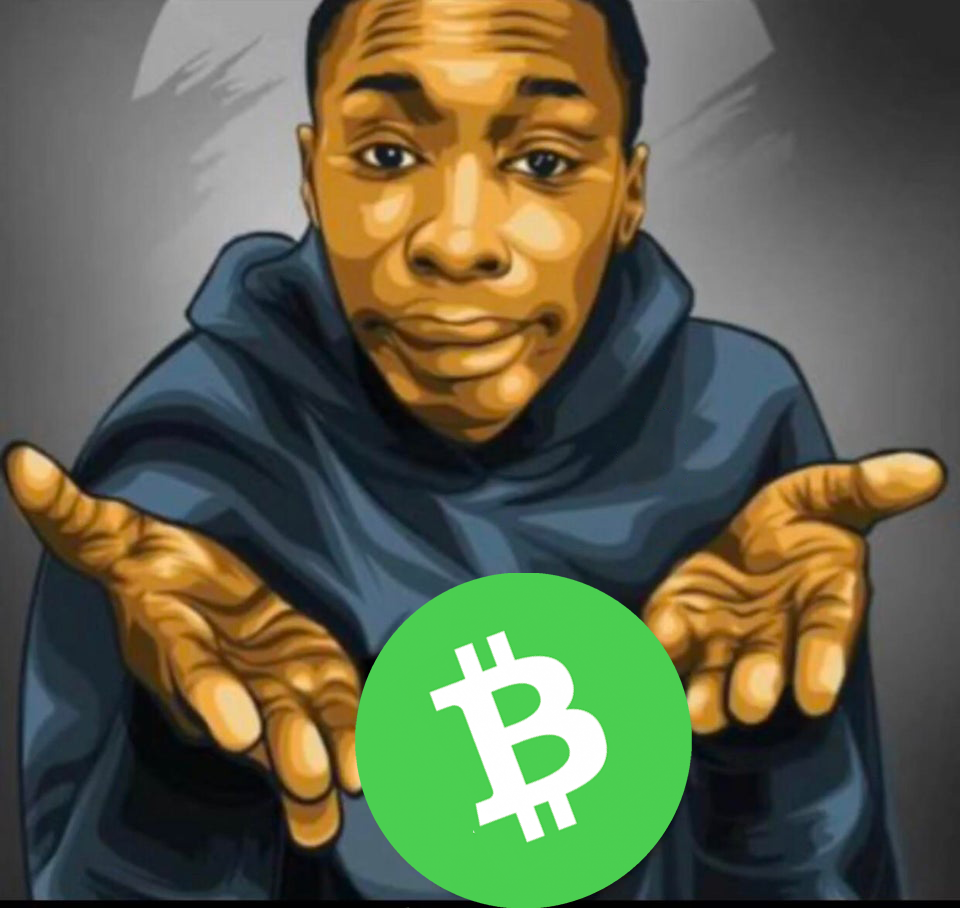 There exists a website by that exact name but to cover some points not mentioned there and for a quick overview:

Bitcoin Cash is a decentralized peer-to-peer electronic cash system that does not rely on any central authority like a government or financial institutions like banks or Blockstream. As such, it represents a fundamental redesign of the very nature of money. The core features of Bitcoin Cash are:

Bitcoin Cash enables peer-to-peer payments between individuals - just like cash, but in the digital realm. Critically, fees for sending Bitcoin Cash typically amount to less than a penny per transaction, and settlement occurs near instantly, regardless of the physical location of participants. This makes Bitcoin Cash useful for not only remittances and cross-border trade, but also for daily transactions like buying groceries. Since the fees and transaction times are so low, Bitcoin Cash is also effective for micro-transaction use cases like tipping content creators and rewarding app users.

Economic freedom is the ability for individuals to freely acquire and use personal resources however they choose, both independently and in cooperation with others. It is a vital component of human dignity and a fundamental human right. Money - as a vehicle that can be used for both storing and exchanging value - is a central tool for enabling economic freedom.

#hayek : Take money out of the hands of government

#henryford : A revolution before tomorrow morning

#goal : P2P Electronic Cash replacing fiat is the only goal crypto should strive for

#fixed : We can't fix the world. We did fix Bitcoin however.

#newrules : playing the game by their rules, sure as hell won't make you win.

#chain : Blockstreamcoin is not Bitcoin.